The importance of formalising your Property Settlement 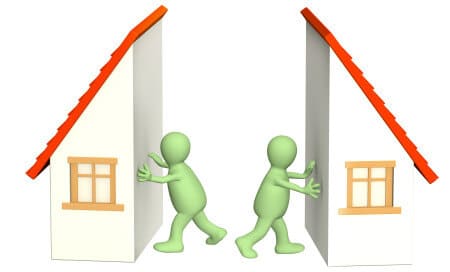 The importance of formalising your Property Settlement

A recent decision by the Full Court of Australia highlights how important it is for separating couples to formalise their family law property agreement with the Court. Whilst the family law legislation provides deadlines for parties to settle their property affairs it is very possible to file Court documents after those time limits have passed.

If you are a defacto couple you have two years after the date of separation to formalise your property settlement. Once that deadline expires you will require the leave of the Court. The same is true for married couples except the deadline is 12 months after their Divorce Order comes into effect.

When couples separate, often they will do so amicably and will divide their assets and liabilities by agreement in an informal way without thinking of the above time limits. For many separated couples, such informal agreements work well. However where couples can run into issues is when one person does not follow that agreement. The affected person cannot force the other to follow the agreement, only formal agreements preferably a Court Order can be enforced in a Court. As discussed in our previous article there are benefits and dangers to Binding Financial Agreements over Court Orders and we refer you to that article for more information.

Where separated couples do not enter into a formal agreement they can often be forced to look over their shoulder waiting for the other person to possibly file Court documents sometime before that time limit. In a recent case in the full Family Court the parties had an informal agreement but the wife was able to file court documents 6 years out of time.

In order to accomplish this the wife had to establish that:

By way of brief summary, the wife owned around 30% of the parties’ $1 million + property pool. The parties did come to an agreement after separation but both now challenged that agreement. The Court looked at the wife’s contributions to the care of the children and her future needs and considered she did have a reasonable case. The Court also noted that given the wife’s debts and her little income they were satisfied she would suffer hardship if leave was not granted. Finally they accepted the wife’s explanation for her delay that she thought she was protected by their informal agreement and after learning that her understanding as to the agreement was challenged, she promptly sought leave.

The wife’s appeal was allowed and she was granted leave to initiate property proceedings.

Actively deciding to formalise your property affairs with a former partner can be a daunting step to take. However, as established above, often it is very important to have an enforceable agreement in place after separation so as to protect your interests. If you are considering a family law property settlement, call Amelia Cox, Family Lawyer on 4324 7699 to find out where you stand. Or why not attend our next Free Information evening. Information and registration details can be found at
https://familylawgosford.com.au/events/free-family-law-seminar-8/